Cloud security that’s as agile as your applications, data and users

The VM-Series is a virtualized form factor of our next-generation firewall that can be deployed in a range of private and public cloud computing environments based on technologies from VMware, Cisco, KVM, OpenStack, Nutanix, Amazon Web Services, Microsoft Azure, Google Cloud Platform, Oracle Cloud and Alibaba Cloud.

The VM-Series protects your private and public cloud deployments by enabling applications and preventing threats. Traffic is classified based on the application, not the port, giving you full visibility into your threat exposure. This allows you to reduce your threat footprint with application-based policies as well as prevent threats and data exfiltration. Your virtualized data center is essentially a private cloud, and you are responsible for managing all aspects of the virtualization, hardware, compute, networking and security. The VM-Series allows you to protect your private cloud infrastructure using application enablement policies while simultaneously preventing known and unknown threats. The VM-Series supports the following private cloud environments: VMware ESXi™, NSX®, Cisco ACI™ and ENCS,   Microsoft Hyper-V®, Nutanix, and KVM/OpenStack®. 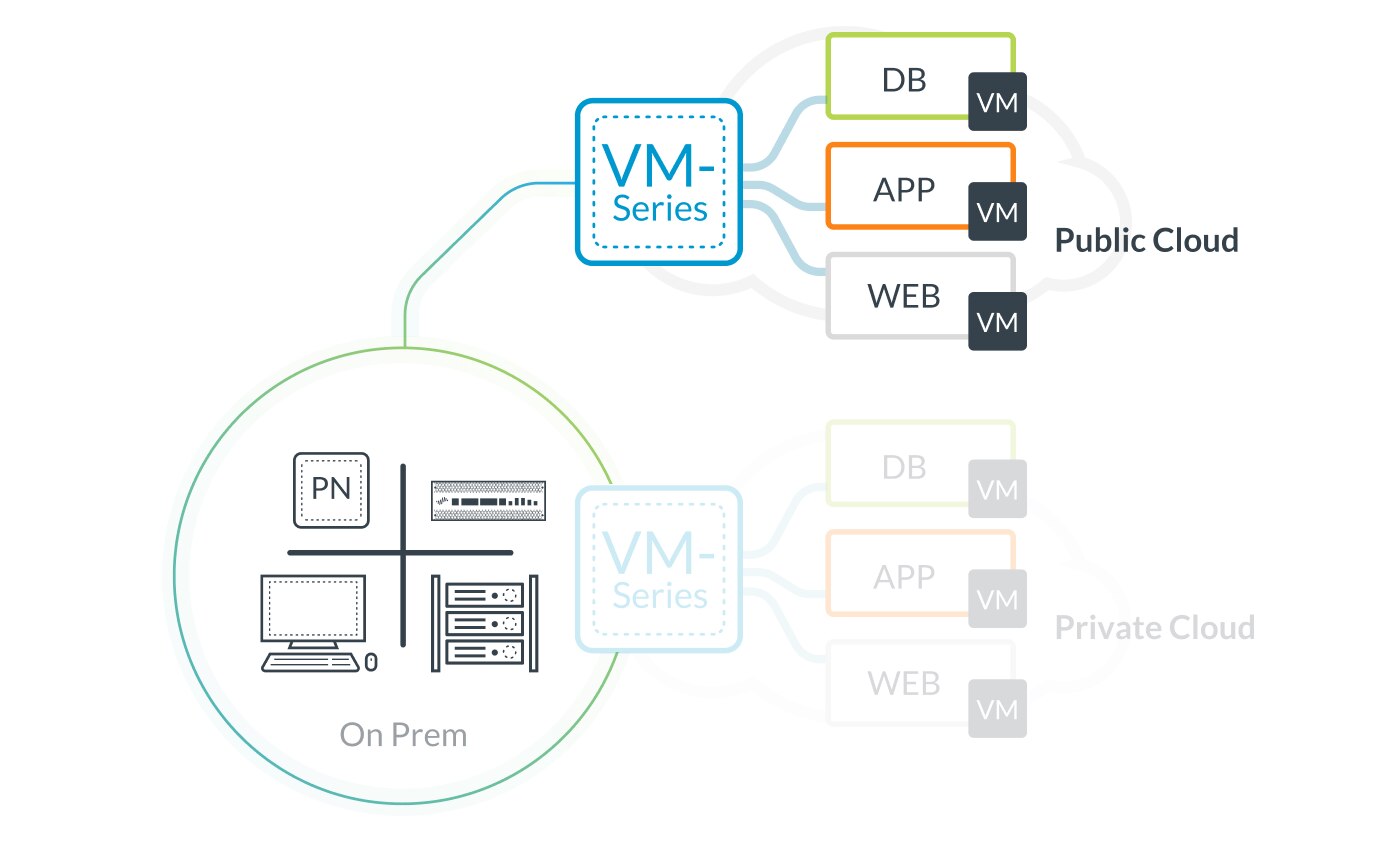 Get superior protection with advanced capabilities

The VM-Series offers a unique combination of visibility, control over your applications and data, and protection against both known and unknown threats. The result is an unprecedented level of security for critical deployments in private and public clouds. Specifically, the VM-Series gives you the ability to:

The VM-Series isolates your critical applications and data in secure segments using segmentation based on Zero Trust principles as a means of controlling access. Our zone-based policy architecture enables you to build access control policies based on the application and the user, effectively segmenting the applications and protecting east-west traffic between virtual machines.

Within your virtual network, cyberthreats move laterally from VM to VM in an east-west manner, placing your mission-critical applications and data at risk. With the VM-Series, you can exert application-level control using Zero Trust principles between your workloads to reduce the threat footprint while applying policies to block known and unknown threats.

Automate security so it keeps pace with your business

VM-Series automation features enable you to expedite the deployment of next-generation security in your private and public clouds. For example, bootstrapping can automatically provision a VM-Series with a working configuration, complete with licenses and subscriptions, and then auto-register the firewall with Panorama™ management. You can also automate VM-Series configuration changes to dynamically drive security policy updates using native cloud tools and templates based on third-party tools, such as Terraform® and Ansible®, from our LIVE Community.

11 Things to Focus on to be PCI Compliant in AWS